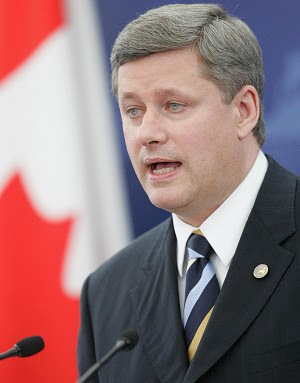 While the opposition leaders are exploiting the issue, PM Harper has to be transparent on his government's controversial spendings or his departure would be inevitable either via resignation or by his party's poor performance or failure at the general elections.

Canada is almost certainly headed for a federal election this spring. If so, it will pit a controversial two-term minority Conservative government, seeking a third mandate, against a divided opposition apparently determined to take Canadians to a poll few of them seem to want. This week's withdrawal of support for Prime Minister Stephen Harper's government by all three opposition parties, ostensibly over a budget delivered on Tuesday, caps several weeks of escalating disputes.

On Monday, a report by an all-party committee of MPs found the Conservative government in "contempt of Parliament" for failing to produce documents disclosing the estimated cost of several controversial areas of expenditure, including the budget for proposed crime legislation and the purchase of F-35 fighter jets.

The main opposition Liberal Party and its leader, former author and broadcaster Michael Ignatieff, intend to make the non-disclosure issue and government ethics the focus of a no-confidence debate on Friday, which is expected officially to bring the government down. "It's a question of respect for the principles and institutions of our democracy," Mr Ignatieff said on Wednesday. He insisted the government had not only lost the confidence of parliament, but of the Canadian people as well. Meanwhile, opposition support for Canada's governing Conservatives had already collapsed on Tuesday over the budget. Read More@; http://www.bbc.co.uk/news/world-us-canada-12843968
Posted by Joshua Lopez at 12:33 PM