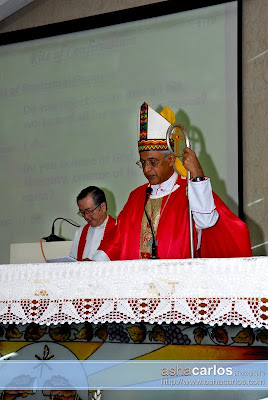 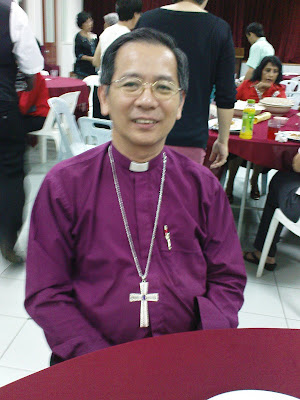 KUALA LUMPUR, March 10 — Christians in Malaysia say they are angry and fed up with the Najib government for what they see as a systematic move to deny their religious rights enshrined in the country’s highest law.

Spurred by the Home Ministry’s latest seizure of 30,000 Malay Bibles that cost US$26,000 (RM78,000) from Kuching port, the churches rallied together and issued a stinging rebuke today against Prime Minister Datuk Seri Najib Razak.

They demanded he “prove their (the government) sincerity and integrity in dealing with the Malaysian Christian community on this and all other issues which we have been raising with them since the formation of the Christian Federation of Malaysia in 1985”.

“The Christian Federation of Malaysia (CFM) is greatly disillusioned, fed-up and angered by the repeated detention of Bibles written in our national language, Bahasa Malaysia.

“It is an affront to them that they are being deprived of their sacred scriptures. Many are wondering why their scriptures are considered a threat to national security. All these actions in relation to the detention of the Bibles continue to hurt the Malaysian Christian community,” it said in a statement today signed by its chairman, Bishop Ng Moon Hing.

They demanded the government immediately release all Bibles detained. The CFM is the umbrella body that represents over 90 per cent of churches in the country.
Malaysian Christians make up close to 10 per cent of the 28 million population; with the biggest numbers based in Sarawak and Sabah, where the main language used by the Bumiputeras in churches is Bahasa Malaysia.

The CFM noted that the federal government has been thwarting all attempts to import Malay Bibles from outside Malaysia since March 2009, “despite repeated appeals which resulted in the prime minister making a decision to release the Alkitab held in Port Klang in December 2009 which was reported to CFM leaders by several Cabinet ministers and their aides.

“This is notwithstanding that the government in its attempt to justify its position against the use of the word ‘Allah’ in the Alkitab, the government had given the assurance that the Bible in Bahasa Malaysia will be freely available, at least in Sabah and Sarawak,” it said.

The Catholic Church had won a landmark judgment on December 31, 2009 that gives it the right to publish the word, but has effectively been barred from doing so pending the government’s appeal.

The group pointed to two separate shipments totalling 15,000 copies that had been seized by Home Ministry officials and left to languish for over a year at Kuching port and Port Klang in Selangor.

CFM said officials at Port Klang have steadfastly refused to release the 5,000 copies imported by the Bible Society of Malaysia (BSM).

“In absolute disregard of this decision, the 5,000 copies of the Alkitab remain detained,” CFM said.

It added that there were other shipments of Bibles and other Christian material before March 2009 that were confiscated by ministry officials that have yet to be returned to their owners. One such case involves Sarawakian Christian Jill Ireland Lawrence Bill, whose personal collection of Christian CDs — bought on a trip to Indonesia — were seized by Malaysian Customs officials at the airport here in May 2008 allegedly for being a threat to national security.

Jill filed to sue the Home Ministry at the High Court here but her case has also been languishing in the courts. Her lawyer, Annou Xavier, told reporters in Putrajaya that the case was fixed to be mentioned today, but no hearing date was given.

Ng told The Malaysian Insider today that he had personally raised the hold-up of the Bibles with the prime minister during a Christmas open house last year.

“He said he was surprised and told me ‘I need to go back and check but I’ll look into it’,” Ng said, relating his conversation with Najib.

He added that the PM was likely told that the Kuching shipment has been released without knowing anything about the Port Klang shipment.

The Malaysian Insider understands that the first consignment of 10,000 copies seized at Kuching port was released on Christmas last year after the prime minister stepped in. Ng said the churches would continue to apply pressure on the Najib administration.

“We will not stop appealing. If we give up, it means the end of our religion,” the head of Malaysia’s Anglican church said.
Posted by Joshua Lopez at 11:48 AM