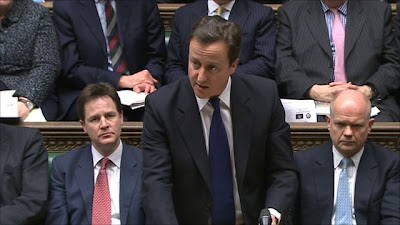 I strongly believe that the UN, UK & France are doing the right thing! Gaddafi Must Be Put Down before he kills more civilians!

MPs have voted overwhelmingly to support UN-backed action in Libya, after David Cameron told them it had helped avert a "bloody massacre".

During a six-hour debate, most speakers said force was needed to stop Muammar Gaddafi killing more of his own people.

But the prime minister assured the House of Commons that Libya would not become "another Iraq", amid concerns raised about long-term plans.

The government motion, also backed by Labour, won a majority of 544.