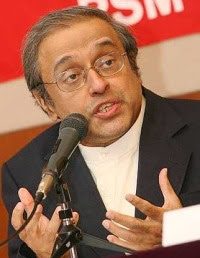 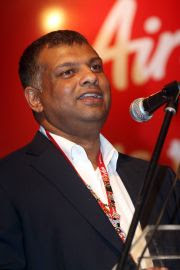 PETALING JAYA: Yayasan 1Malaysia has called for the removal of the ethnicity (“Race”) category on some forms issued by the public and private sectors.
Foundation chairman Dr Chandra Muzaffar said the review would be the first step in reducing the people’s preoccupation with ethnic affiliation.
“If the purpose of using ethnic statistics was for a larger goal of national unity, the use of such categorisation was justified.
“For instance, ethnic statistics can be used to identify the increase of non-Malay participation in the civil service, the police and the armed forces,” he said at a press conference here yesterday. He said hire-purchase agreements, bank loan applications and public examination registration forms serve no purpose in identifying one’s ethnicity.
AirAsia CEO and Yayasan 1Malaysia board of trustees member Datuk Seri Tony Fernandes, who was also at the press conference, said the foundation has discussed the matter with several bank officials and their response was positive.
He added that they have agreed to remove the requirement for loan applicants to state their ethnicity in bank forms.
“We will meet the Association of Banks in Malaysia to seek their cooperation to implement the move in all banks in the country,” he added.
Fernandes said the need to state a person’s ethnicity, when he or she is applying for loans, was expected to be removed completely in the near future.
Yayasan 1Malaysia was established in July 2009 to further the concept of 1Malaysia. The foundation hopes to ultimately engage the people in working towards national unity.
Posted by Joshua Lopez at 10:17 AM