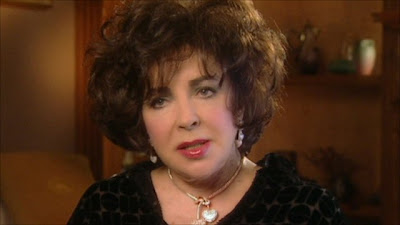 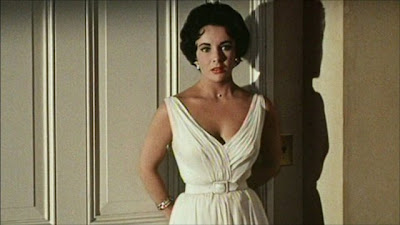 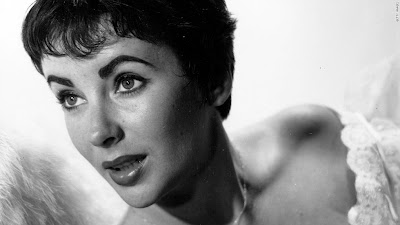 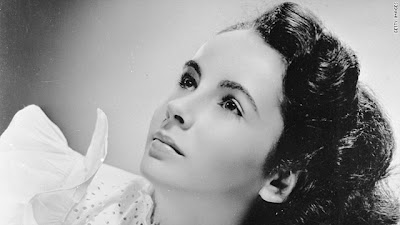 The World will never see another Elizabeth Taylor! May Her Soul Rest In Peace...

(BBC) Dame Elizabeth Taylor, one of the 20th Century's biggest movie stars, has died in Los Angeles at the age of 79.

The double Oscar-winning actress had a long history of ill health and was being treated for symptoms of congestive heart failure.

Her four children were with her when she died at Cedars-Sinai Medical Center, her publicist said. In a statement, her son Michael Wilding called her "an extraordinary woman who lived life to the fullest".

"We know, quite simply, that the world is a better place for Mom having lived in it," he continued. "Her legacy will never fade, her spirit will always be with us, and her love will live forever in our hearts."

Dame Elizabeth's most famous films included National Velvet, Cleopatra and Who's Afraid of Virginia Woolf? She was equally well-known for her glamour and film partnership with Richard Burton, one of seven husbands.

In her prime, she was arguably one of the world's greatest actresses and most beautiful women. Her colourful private life, screen success and Aids charity work ensured she was never far from the spotlight since finding fame at the age of 12.

The peak of her film career came in the 1950s and 1960s, with four Oscar nominations in a row from 1958 to 1961. She lost out in her first three attempts - for Raintree County, Cat on a Hot Tin Roof and Suddenly, Last Summer - but triumphed at her fourth attempt with Butterfield 8. Her second Oscar came in 1967 for Who's Afraid of Virginia Woolf?, one of 12 films with Burton

She met the actor while filming 1963's Cleopatra - which became notorious as one of the most expensive films of all time, but which also sparked one of Hollywood's greatest romances. Taylor had already been married four times - to Conrad Hilton Jr, Michael Wilding, Michael Todd and Eddie Fisher - before she wed Burton in 1964.

Their tempestuous relationship saw them divorce and remarry in 1975 before she moved on to further marriages with John W Warner and Larry Fortensky. Her health problems began with a fall while filming her first hit film, National Velvet, which led to a lifetime of back problems. A rare strain of pneumonia almost killed her in 1961 and she also battled addictions to alcohol and painkillers.

In the 1990s, she endured two hip replacement operations and another near-fatal bout of pneumonia and survived surgery for a benign brain tumour in 1997. In 2004, it was revealed that she was suffering from congestive heart failure, with symptoms including fatigue and shortness of breath, and scoliosis, which twisted her spine.


But she continued to campaign for her Aids charity, which she set up in 1991 after the death of her friend and co-star Rock Hudson. In addition to her four children - Michael Wilding, Christopher Wilding, Maria Burton-Carson and Liza Todd-Tivey - Dame Elizabeth is survived by 10 grandchildren and four great-grandchildren. A private family funeral will be held later this week. Instead of flowers, the family has requested that contributions be made to the Elizabeth Taylor Aids Foundation.

British actress Joan Collins, who starred alongside Dame Elizabeth in the 2001 TV film These Old Broads, called her "the last of the True Hollywood Icons". "A great beauty, a great actress and continually fascinating to the World throughout her tumultuous life and career. She will be missed," she added. Singer George Michael said: "She also did a great deal in the last 25 yrs [sic] to help the world deal with the HIV epidemic. I am proud to have known her if only a little." One -time co-star Sir Michael Caine also paid tribute, remembering her as "a beautiful woman, a wonderful actress, and a great human being."

"I am so terribly sad about the death of Elizabeth Taylor. Although everyone here in Hollywood knew that her end was near we are all shocked. She was the last of the true Hollywood icons, a great beauty, a great actress and continually fascinating to the world throughout her tumultuous life and career. There will never be another star who will come close to her luminosity and generosity, particularly in her fight against Aids.
She will be missed." - Joan Collins
(Joan Collins appeared with Taylor in the 2001 TV film These Old Broads)
Posted by Joshua Lopez at 11:00 AM