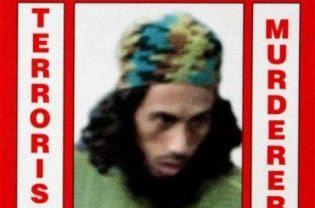 This Man has been on the loose since 2002 Bali Bombings, I Pray For Justice.

(BBC) One of Indonesia's top terror suspects, wanted in connection with the 2002 Bali bombing, has been captured in Pakistan, reports say. Umar Patek, a suspected member of the militant group Jemaah Islamiah (JI), was detained earlier this year, local and foreign intelligence sources say. Jakarta is sending a team of police officers to confirm his identity.

The 2002 attacks on nightclubs in the Indonesian tourist hub left 202 people dead, many of them foreigners. The US, which lost seven nationals in the attack, was offering a $1m (£625,000) reward for his arrest.

Umar Patek is the only major suspect for the attack who has not been killed or arrested, says the BBC's Kate McGeown in Jakarta. As well as the Bali bombings, he is alleged to have been involved in at least three other attacks in Indonesia - and to have links with militant groups in the southern Philippines and al-Qaeda members in other parts of Asia, our correspondent says. There are no details about where or how the arrest was made, nor what he was doing in Pakistan.

Sidney Jones of the International Crisis Group told the BBC that his arrest could yield important information. "Umar Patek is critical to understanding the terrorist networks in South East Asia. And because he appears to have been arrested in Pakistan, he's also going to be critical to understanding the networks between South Asia and South East Asia," she said. "He's in a position to know more than almost anyone else in the region exactly what the strengths, networks, contacts, finances and so on of each of these groups is."

Jemaah Islamiah (JI), which has links to al-Qaeda, has a long track record of bomb attacks in Indonesia. A suicide bomb attack in July 2009 targeted two luxury hotels, killing seven people. JI's goal is the establishment of an Islamic state in Indonesia and in other parts of South East Asia.
Posted by Joshua Lopez at 11:35 AM