Iceberg Breaks Away In NZ 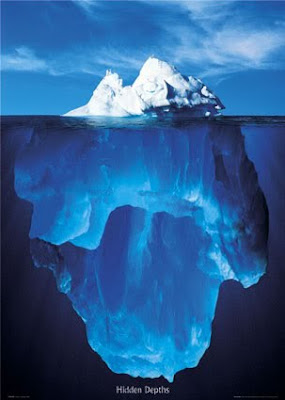 WELLINGTON - The 6.3 magnitude earthquake that struck New Zealand on Tuesday, killing at least 75 people in Christchurch, also shook loose 30 million tonnes of ice from the nation's longest glacier, sending boulders of ice into a nearby lake.
Tour boat operators in the area said parts of the Tasman Glacier calved into the Tasman Lake immediately after the quake, breaking into smaller icebergs and causing 3.5 metre-high waves. "It was approximately 30 million tonnes of ice, it's just a massive, massive, massive scale," said Denis Callesen, the General Manager of Tourism at Aoraki Mount Cook Alpine Village.
He added the ice fall or 'carving' was expected, given the large amount of recent rain, the changing of the dynamics of the lake and the La Nina weather phenomenon, a factor in higher levels of rainfall.
"We have known for some weeks that an event was coming, what is just a complete curve ball, left field, is that it was the earthquake that set it off and caused the carving," Callesen told Reuters.
Callesen added that icebergs now cover a quarter of the five km by two km Tasman Lake, which is about 200 km west of Christchurch on New Zealand's South Island. - Yahoo News
Posted by Joshua Lopez at 12:38 PM