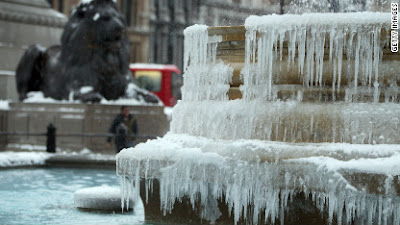 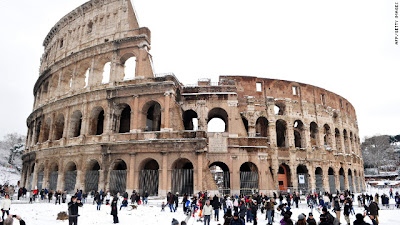 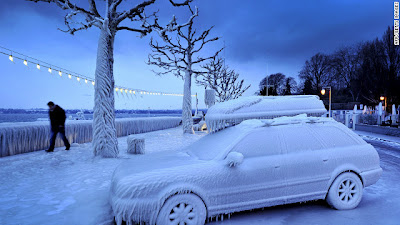 Feb. 5 (Bloomberg) -- International Consolidated Airlines Group SA’s British Airways unit and Ryanair Holdings Plc were among airlines cutting hundreds of flights from London after snow blanketed the capital.
About 30 percent of flights from the capital’s Heathrow Airport were canceled today, a spokesman for the airport operator, BAA Ltd., said by phone. A total of 850 flights will run today compared with 1,230 on a typical Sunday, he said. Both runways are operating, and it’s too early to say whether there will be cancellations tomorrow, he said.
London late yesterday got as much as 10 centimeters (4 inches) of snow, its first taste of the precipitation that’s blanketed much of Europe in the past week, killing hundreds of people in the eastern part of the continent and dumping the biggest snowfall on Rome in more than a quarter of a century.
“The focus will now turn to ice for tonight,” Dave Britton, a spokesman for the U.K. Met Office, the government forecaster, said in a telephone interview today. “That’s likely to lead to some disruption for commuters.”
British Airways detailed more than 150 flight cancellations from Heathrow on its website, while Ryanair cut 24 flights across Europe with departures from cities including London, Paris, and Ancona and Bari in Italy, after scrapping at least 39 flights yesterday, according to its website.
Heathrow got 7 centimeters of snow, and Northolt in North London saw 10 centimeters, Britton said. More flurries are possible, as are sleet and rain, leading to icy conditions on the roads, with eastern and southern England most at risk, he said.
Subway
Gatwick, London’s second airport, said in a statement on its website that it remained “open for business” after receiving 8 centimeters of snow. The airport “remained open throughout the night and made no cancellations because of the weather conditions,” it said.
Stansted Airport is also open, though flights may be subject to delays, according to its website. City Airport said on its website that it expects to open the runway “as normal.”
In the capital, Transport for London reported on its website that subway lines including the Jubilee, Central and Bakerloo are subject to weather-related delays.
“The cold weather looks like it will last through to the end of the week,” the Met Office said in a statement on its website today. “This weather could increase the health risks to vulnerable patients and disrupt the delivery of services.”
The U.K. Highways Agency urged drivers in a statement on its website to take “extra care” on the roads, even where they have been treated with salt and grit to melt the ice.
--Editors: Kristen Hallam, Linda Shen.

http://www.businessweek.com/news/2012-02-05/british-airways-ryanair-cancel-flights-after-snow-hits-london.html
Posted by Joshua Lopez at 9:41 AM