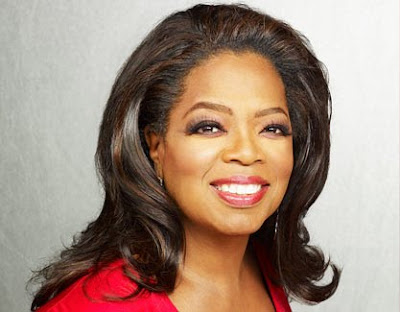 (CNN Entertainment) Oprah will spend her 58th birthday with media tycoon Ted Turner… on TV, that is. The birthday girl interviews Turner about his hard work and achievements on Sunday’s episode of “Oprah's Master Class” - Winfrey’s OWN talk show that features a “look into the minds of true modern masters,” according to Oprah.com.

During the interview, Turner, who created CNN in 1980, tells the talk show host how he came up with the idea for the Cable News Network: "I worked 'til 6 or 7 o'clock at night,” he said. “By the time I got (home), the news was, the early news was over and I had to go to bed at 10 because I got up really early to go to work … I missed the 11 o'clock news. … So I, I never saw television news. And I knew there were a lot of people like me. I knew that if it was on all the time, like - and all news radio had already proven successful. So I figured, you know, if it worked on radio it would work on TV too.”
“Master Class” features stars and personalities sharing their stories of success. The show has also featured celebs like Goldie Hawn and Morgan Freeman.
This will be Winfrey's first birthday since her incredibly popular daytime talk show went off the air. Leave your birthday wishes for O below!