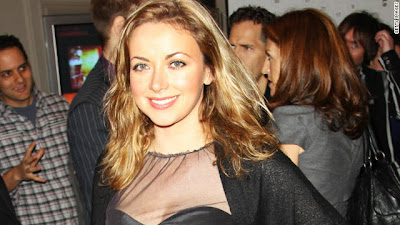 London (CNN) -- The publisher of Rupert Murdoch's News of the World has paid singer Charlotte Church and her family £600,000 ($952,000) to settle a phone-hacking lawsuit, her lawyer said Monday.

The payment by Murdoch's News Group Newspapers includes £300,000 in damages, plus legal costs, lawyer Mike Brookes said -- far more than other hacking victims have been paid.
Speaking outside the court after the settlement was reached, Church said the behavior of tabloid journalists had "sickened and disgusted her," and she did not believe the News International apology in court was sincere.

"They are not truly sorry; they are just sorry they got caught," Church said.