Aung Suu Kyi: Democracy Will Happen In My Lifetime 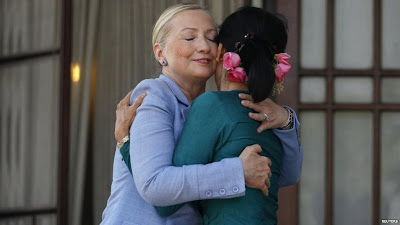 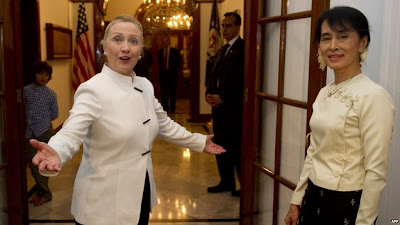 (BBC) Ms Suu Kyi, 66, told BBC World News that she foresaw "a full democratic elections in my lifetime", adding: "But then of course I don't know how long I'm going to live. But if I live a normal lifespan, yes."

Last month she formally registered her National League for Democracy (NLD) as a political party, after boycotting the 2010 polls because of electoral laws that prevented her taking part. The authorities officially approved the NLD registration on Thursday.

Of President Thein Sein, a former top general who stepped down to contest elections as a civilian, Ms Suu Kyi said: "I trust the president, but I can't yet trust the government for the simple reason that I don't yet know all the members of government."

She added: "The most important thing about the president is that he is an honest man... He is a man capable of taking risks if he thinks they are worthwhile."
Asked whether the day was coming when she would run for that office, however, she replied: "I can't even tell whether this is something that I would like to do or would do."