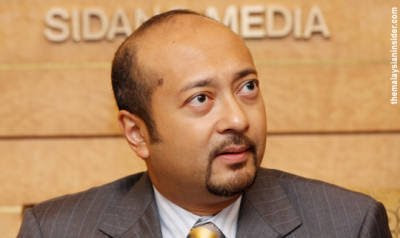 Calling the Opposition Leader “desperate”, the Umno deputy minister told his party’s annual general assembly here that “Anwar Ibrahim himself has flared the seeds of revolution ala Arab Spring” to topple the Barisan Nasional (BN) administration.

He said the opposition has been using street protests to conspire against BN and went a step further to allege that a death was even “faked” during the Bersih 2.0 July 9 march for free and fair elections.

“Actually, my honourable delegates, whether you realise it or not, the opposition is the new tool of the foreign powers.

“The opposition gets a lot of funding and lots more of other support to attain their objective of what they have coined as regime change. Question I am asking is, are we going to allow the new era of colonisation to happen here?” he thundered to the sea of delegates gathered for the assembly today.

Anwar had recently predicted the coming of a “Malaysia Spring” in the next general election, confidently telling US newswire Bloomberg in an interview that PR will wrest Putrajaya from BN.
“We’re taking over the government at the rate we’re going,” he was quoted as saying in the interview carried on the newswire early last month.

The opposition leader, who is facing the prospect of possible conviction for the second sodomy charge in his career, had cited the Bersih 2.0 rally on July 9 as a sign of growing support towards PR.

The march for free and fair elections, organised by the election watchdog group, drew thousands of protestors to streets of the capital but turned chaotic at midday when police launched tear gas canisters and water cannons to disperse the crowd. Over 1,500 arrests were made.

Mukhriz, the Umno Kubang Pasu division chief, claimed that at the time, the opposition, “with the planned support of Western media”, broadcast images to tarnish Malaysia’s international standing to the world.

He warned that this could have resulted in the same riots and chaos that reigned in the streets of London recently and caused bloodshed.

“Aren’t these Western nations that the opposition so adore the very ones that kill in the most brutal fashion innocent civilians in the nations that they colonise?” he said.

Yet, the leader continued to allege, there are still “traitors from within our midst” colluding with foreign powers to “rape our nations”.

“They (opposition) say our government is corrupt, practices nepotism, cronyism, and inefficient, not relevant, not liberal enough, not Islamic enough, too far left, too far right, not firm, restricts freedom and human rights and much more.

“The opposition is trying to portray our government... the same as dictator governments in Arab nations that do injustice to their citizenry. Utter rubbish,” he said.

http://my.news.yahoo.com/mukhriz-pakatan-conspiring-with-foreigners-to-invoke-malaysia-090154846.html;_ylt=AnemYgM3FvD1UyoK7EZQgOlAV8d_;_ylu=X3oDMTQ1dXA0N2t0BG1pdANQaG90byBTaW5nbGUgTWV0YWRhdGEgUmVsYXRlZARwa2cDMjE4YjIxMDMtZmI1My0zMjIxLWJlZDMtYzRlYWJkOWVkM2FlBHBvcwMxBHNlYwNpbWdpbmZvBHZlcgM5ZTBhZTA4MC0xYzA2LTExZTEtYmZmYy0yNzIxNWUwMGVmODM-;_ylg=X3oDMTJzaGl1Z2dvBGludGwDbXkEbGFuZwNlbi1teQRwc3RhaWQDNGFkMzU0OGYtZTBjMS0zNGRjLWE3NmUtNzA0MWNkYTBmNjliBHBzdGNhdAMxcGhvdG8EcHQDMXBob3RvBHRlc3QD;_ylv=3
Posted by Joshua Lopez at 11:22 AM