PM Najib: Job's Death A Great Loss To The World 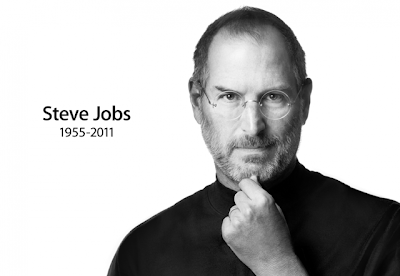 PUTRAJAYA, Oct 6 (Bernama) — Prime Minister Datuk Seri Najib Tun Razak described the demise of Apple Inc’s co-founder Steve Jobs as not only a loss to the company but also to the global community.

Jobs, 56, was truly an icon in the New Era, he said, when asked to comment on the death of Apple’s former chief executive in Palo Alto, California earlier today.

Describing himself as a user of two of Apple’s products, Najib said Jobs was a “game changer” in the computing world following his ideas and products. (Note: game changer means “visionary”)
Jobs has been described as the mastermind behind Apple’s iPhone, iPad, iPod, iMac and iTunes. Apple said that it has lost a visionary and creative genius and the world has lost an amazing human being.

It added that Jobs’ brilliance, passion and energy were the “source of countless innovations that enrich and improve all of our lives”. — BERNAMA
Posted by Joshua Lopez at 9:27 AM