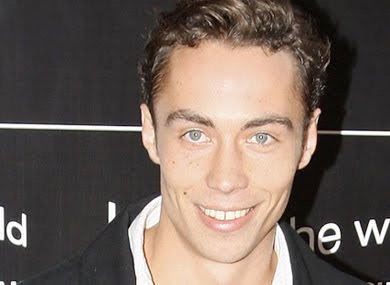 Off Course He is Gay and he is perfect in his own special way. I admire his great looks, courage, talents, positivity and goals. He is a fighter to succeed. I see him as a Perfect Gay Icon & he wouldn't have been so perfect & talented if he was straight.

Just because someone searches for something on Google doesn’t mean it’s true. But seconds after Kate Middleton’s brother James delivered a Bible reading at he Royal wedding, thousands of people began searching for “James Middleton gay” on the search engine.

So many people searched for “James Middleton gay,” Google now auto-suggests the term, “driven by the volume of people querying a particular term as opposed to an algorithm or editorial involvement by the company.”Though there is nothing online to suggest James Middleton is indeed gay, Pink News points out that multiple news outlets have begun pointing out things about James in an attempt to suggest he might be.

From the Washington Post: "Carole Middleton, mother of bride Kate, and her son James Middleton arrive[d] at the royal wedding [together]." From The Examiner: "James looked calm after having a long day getting ready and having breakfast with... Prince Harry. He is the only one giving a reading at the wedding and looked comfortable chatting with the clergy and escorting his mother."