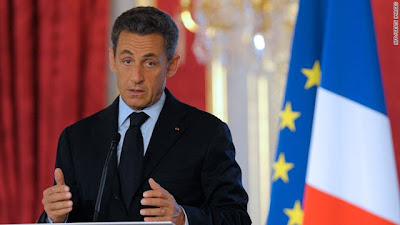 Al-Assad has proven that he's worse than Lucifer, his actions on his own citizens have been more than barbaric and sick! Yet he holds on to power which makes me think that the only option available for him is death!


Speaking to French diplomats in Paris, Sarkozy pledged that France and its allies would do everything legally possible to help the Syrian people achieve freedom and democracy.
"The regime in Damascus is wrong to believe it is safe from its own people," he said.


More than 2,000 people have been killed in Syria since mid-March, the United Nations has said. Al-Assad blames armed gangs for fomenting violence, forcing his government to take action against them.