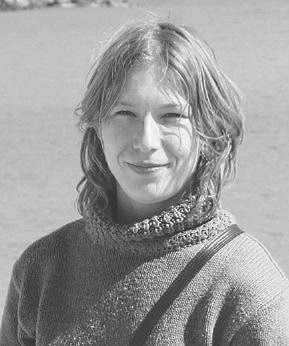 Why aren't the authorities revealing the name of the murderer?! If it was a Non Malay, the name would have been published loud and proud! And why do you murder someone who refuses sex? Typical Third World Mentality!

Such Poor Upbringing by these circle of people who (by culture) look upon women as inferior! This barbarian must be made known to Malaysians and the world & He MUST Be Hung!

KUALA LUMPUR: French tourist Stephanie Foray was believed to have been struck on the head with a bottle by her assailant when she had refused to have sex with him.

This, police believe, was how the 30-year-old tourist was murdered before her body was buried in a cave in Tioman.DNA test results released late last week confirmed the skeletal remains were that of Foray's.

Sources close to the investigations also revealed that the main suspect in the case, a 36-year-old orchard owner, had led police to a dumping ground on the island where they seized a bottle, believed to be the murder weapon.

Police believe the suspect and the victim had been drinking and she was murdered when she refused to have sex with him.However, it is still not known if the French woman was raped as police are still waiting for the test results.

Pahang CID chief Senior Assistant Commissioner T. Narenasegaran said the suspect is expected to be charged with Foray's murder at the magistrate's court in Pekan today.Two other suspects who had been arrested earlier to facilitate investigations have been released on bail.Foray's remains are still at the Tengku Ampuan Afzan Hospital mortuary in Kuantan.

Her mother and sister, who arrived here last week to assist in identifying the remains, could not be contacted yesterday. Foray, who worked as a communication officer in France, arrived in Malaysia on May 5 after spending several months touring India and Sri Lanka.After spending two days in Kuala Lumpur, she went to Malacca on May 7 before taking a ferry from Mersing to Tioman.The woman, who travelled alone, was reported missing by her family in France in June after they failed to contact her.Police investigations led them to Tioman where they arrested the suspect after finding Foray's handphone and several Sri Lankan currency notes on him.He later led police to a shallow grave in a cave some 100 metres behind his wooden house.

Read more: 'Killed for refusing to have sex' http://www.nst.com.my/nst/articles/14foray/Article/#ixzz1W1wnt96h