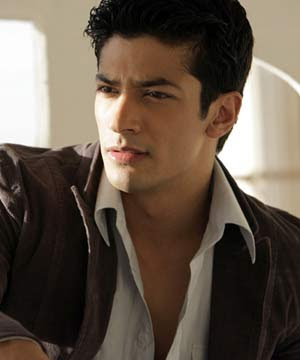 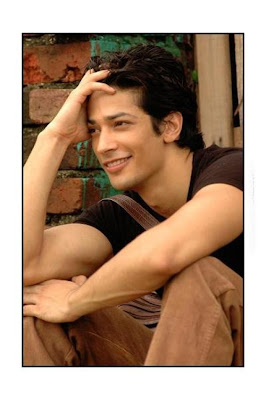 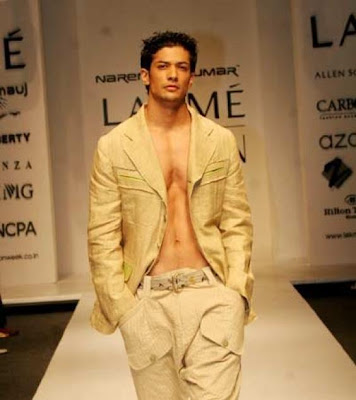 He goes by the name of Muzamil Ibrahim. He is best remembered for his amazing performance in Pooja Bhatt’s Dhokha, where he played a Police Officer who was tangled in a situation of his dead wife being involved in a suicide bomb attack. He is also remembered in the hit track “Roya Re” from the same movie. We got the chance speak to him one-on-one and bring you up and close to him.

So to start with tell us about yourself for our Bollywood fans in USA & Canada.


Well there’s nothing much to tell about myself apart from what you guys might already know. I belong to a humble and simple family,been raised in a smiliar fashion with typical Indian Middle Class family values.Firm believer of God and destiny.Grew up between mountains and nature in heaven on earth,Kashmir.Im a freak sportsman and there might not be a sport which I am not good at.

How did you land up in Modelling?

As I said I am a firm believer of destiny and what happened with my life is what made me believe in it.I was just out of my 12th standard and going into Engineering college when life had other plans for me.Was selected for Gladrags Manhunt from a hotel lobby as a walk-in contestant. Didnot know then that I was to become the youngest title winner in the history of Gladrags.

Was this your dream since childhood or it came as time went on?

I definately was fascinated by Glamour as anyone else would be,but never in a serious way.My old school friends tell me now that I used to say that I want to become Indias best model ever,but I think I was too young and must have said it out of my stupidity.I was so confused about my looks then,I was so lanky and extremely ambitious in sports and studies to think of things like these.I remember only once must have I meant it seriously upon being turned down by a girl.I turned to my friend and said in anger “there will come a day when she will hang mu picture in her bathroom”.HAHAHa apart from that I dont remember any other occasion.


Again it must have been desitny.I always wanted to work under Mr.Mahesh Bhatt.Though offers where pouring in from every corner that time as being the hottest face in Fashion but they didnt know my potential as an actor and I somewhere knew that only Mr.Bhatt can tap it correctly.


Pooja approached me for a film,I asked her to audition me instead and then decide.I was told Bhatt Sir saw it for 10 seconds and then turned it off and said “keep this guy,we will make him do something good’


How was your experience in Dhoka?


My experience was very amazing and unique.Made me grow as a person and as an actor so much.It was a very mature character to play for my age,had to get into the skin of the character so I disconnected from the rest of the world and modelling for 6months.Mr.Bhatt was an amazing help on sets,this film would have never been possible without him.

You had created a great impact post release of “Dhoka” and you had a lot of femalefan followings and you were supposedly called the next “John Abraham” but suddenlyMuzzamil had disappeared. What happened?

Well lot of things started to go wrong from the recession time.Smaller films were not made and bigger films were not recovering enough money.The entire Idustry was in a fix.Since Horn, Ok,Please was the only film I had starred in post Dhokha,it didnt see the light of the day beacause of the on going recession,I had to suffer the most because my career was at a very nascent stage.Had Horn,Ok released at the right time things would have been different from now,but again its all destiny.These things are beyound anyone control.

My work is to seclect a film an do it the best way I can.I have no power over other aspects of movie business yet. After long gap you had come out with a film called “Horn ok Pleasss,” but that wentkind of unnoticed.

What is your take on that?


The film didnt go unnoticed,its not been released yet.It’s a very good film though.It has me in a double role opposite Nana Partekar.


Obviously movies.I love to model too though.It’s what made me into what I am. What can we look forward to from Muzzamil in the near future?

My next film is releasing soon.Its a romantic comedy named “will you marry me”.Its a very cool film with amazing songs.Any thoughts of visiting Canada?


Oh I would absolutely love to,especially Vancouver.Heard you guys do a lot of Snow Boarding an Skiing there?I know few Canadian girls,they are hot. So good reason for me to visit.

What advise would you give to all those who want to be an aspiring model/actor likeyou? Do not listen to what others tell you,not even the wisest guy,unless it makes sense to you.Follow your heart but have your brain walk along while you at it.Pray to god,love your parents and respect each person you come across in your life,big or small without any biases.