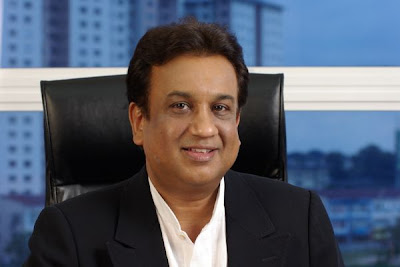 A graduate in Management Studies from the University of Waikato in New Zealand, Chacko is a recognized Senior Marketing and Commercial leader who has worked with multinational branded FMCG corporations like Kraft and Coca Cola across Australia, New Zealand, UK, Africa, Middle East, Latin America and Asia.

He began his career in brand management when he joined Rothmans in 1982. He then moved to Alex Harvey Industries (AHI) and later at Prestige Group before joining Pampas Frozen Foods and Kraft Foods in Australia in 1992 as Marketing Director.

In 1998, Chacko started his global career with The Coca-Cola Company and was assigned to lead the company's marketing in multi-country divisions as Division Marketing Director based in London, Venezuela, Thailand, Morocco, and Egypt. He last served the company in Hong Kong as Group Director Marketing for the Coca-Cola Asia Pacific McDonald's division.

Chacko returned to Malaysia in early 2011 as part of the Returning Expert Program and his dream was to become part of a Malaysian iconic establishment, leveraging on his global marketing and commercial experience to make a difference. Group Managing Director Dato' Sri Haji Syed Zainal Abidin Syed Mohamed Tahir said, "John is a true manifestation of a successful Malaysian who has made a successful career abroad.

Having lived and worked in five continents, nine countries and 11 cities, John considers himself a global citizen yet he remains very much a true Malaysian citizen at heart. But ultimately, his dream was to come back and serve an iconic Malaysian brand, and I am glad that he has chosen PROTON." "John's appointment is most timely and apt in re-positioning the PROTON brand as we make our marque one of global significance.

With our ‘Committed to Be Better' pledge to improve in every way, which we announced last week - and combined with John's wealth of global experience in consumer and strategic marketing, I am confident that the company is now more equipped in its effort to help push the brand into the next phase of our growth journey, not just in Malaysia, but on an international level.