JLO As Strong As Ever! 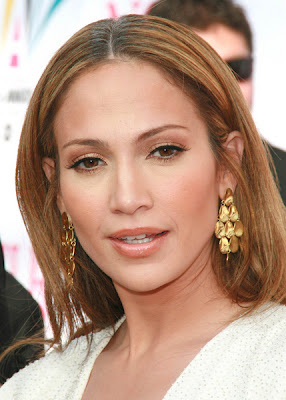 Jennifer Lopez remains “optimistic” about love and is feeling “strong”.

The 41-year-old star has opened up about her plans for the future in her first interview since announcing her split from husband Marc Anthony. Despite dealing with the breakdown of her third marriage, Jennifer still insists she believes in relationships and is focusing on her career and her three-year-old twins Max and Emme.

“That was my biggest dream, and I really worked hard at it. We both did,” Jennifer told Vanity Fair. “Sometimes it doesn’t work - and that’s sad. But I remain an eternal optimist about love. I believe in love.

“It’s still my biggest dream. I am positive - determined to move forward with my life, bring up my babies, and do the best job I can as a mother, entertainer, and person. I now look forward to new challenges. I feel strong.”

Describing herself as a “hopeless romantic” Jennifer is feeling more confident than ever. The singer-and-actress - who previously dated Ben Affleck and P. Diddy - also spoke about feeling trapped in the wrong relationship, insisting she now has the strength of character to make it on her own.

“It’s not that I didn’t love myself before. Sometimes we don’t realise that we are compromising ourselves,” she explained. “To understand that a person is not good for you, or that that person is not treating you in the right way, or that he is not doing the right thing for himself - if I stay, then I am not doing the right thing for me. I love myself enough to walk away from that now.”

Despite announcing her split from Latin salsa singer Marc just a few weeks ago, Jennifer has only positive things to say about her estranged husband. She has vowed to remain on good terms with him for the sake of their children and she is grateful they had a family together.

“I will always respect Marc as a singer and performer,” she added. “We actually work great together, and he was always very supportive. Together we could make magic - and we did. He will always be in our lives. He will always hold a special place in my heart as the father of my children.”

Jennifer revealed that having twins had a big impact on her marriage. She admits that it was also difficult for the couple when she decided to return to work.

“When we were [first] married, most of the time, and even before the babies were born, we were able to go everywhere together. I wasn't working as much. So we kind of had that. I went on tour with him a few times in the first few years of our marriage, and we did a film [El Cantante] together,” she said. “Like I said, we had the first three years of our marriage just for us. I wasn't working, it was mainly about him. Then we got pregnant. Then it became about the kids. And then I started working again."
Jennifer went on to speak about her career as a successful singer, actress and judge on television talent show American Idol. She admits she isn’t the strongest singer, but says she makes the most of her talent and can’t wait to receive a star on the Hollywood Walk of Fame next year."I think I'm a really great performer. I think I'm a really great actress,” she smiled. “I feel confident in those things - that's a better way to say it. I'm not as gifted a vocalist as some of the girls that are out there, but I know I communicate.

"It's like all that hard work and now something permanent is going to be there. I made my mark." © Cover Media
Posted by Joshua Lopez at 2:04 PM