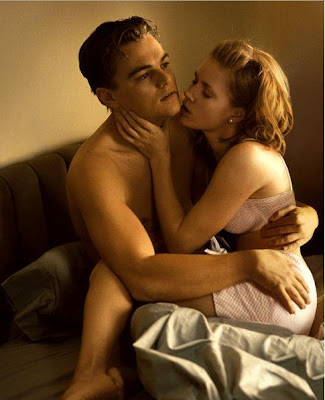 Johnny Depp has been replaced by Leonardo DiCaprio as Hollywood’s highest earning actor. The famous Forbes magazine rich list has placed Leonardo in the top acting slot after he earned $77 million in 2010.
It is the first time Leonardo has topped the poll, and comes thanks to successful movies including Inception and Shutter Island, which took over $1.2 billion combined at the global box office.
According to Forbes, the star received a slice of the profits and also earned $15m for each movie. Johnny was the Hollywood victor last year, although this time he only managed to come in at second place with earnings of $50 million. That said, insiders believe next year could see him reclaim the crown as the fourth movie in the Pirates of the Caribbean franchise, On Stranger Tides, has been a massive international hit.
Third place went to Adam Sandler, primarily due to the success of comedy Grown Ups, which made profits of more than $250 million.
Other names to feature in the top ten were Tom Hanks, Mark Wahlberg and Tom Cruise, who earned $35 million, $28 million and $22 million respectively.
Angelina Jolie and Sarah Jessica Parker were in joint first place for the Forbes list of Hollywood’s biggest earning females which was revealed last month. © Cover Media
Posted by Joshua Lopez at 5:16 PM