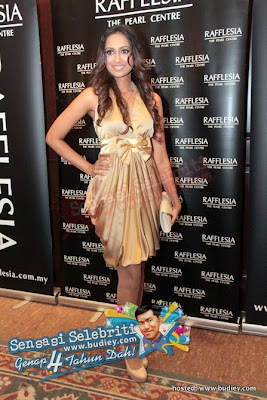 To each his/her own & i strongly believe that it's Her Democratic Right To Preference. Some Malaysian Indians have been rather unpolished in their comments & i feel they smack of racism coupled with poor upbringing, a draconian mindset & Loads of inferiority complex!

26 Aug – Malaysian-Indian actress Bkay Nair who recently appeared in the drama "Dewi Cintaku" says that she prefers dating Malay men, according to mStar as reported by Daily Chilli website.


"I've always been drawn to Malay men. I think they are more caring and romantic as compared to men of other races," says the actress who of Malayali descent.


"My friends from primary school and secondary school have all been Malay as well," Bkay tells the press at a promotional event for her latest film, "Scandal" recently.

The actress added that her family has always been open about her choices of men. "There have been inter-racial marriages in my family so dating men from other races is not a big deal," she reveals. "In fact, two of my uncles have embraced Islam."

Bkay also shares that she has been getting a lot of offers to play Malay characters. "I'm actually very comfortable playing Malay women on screen," says the actress.