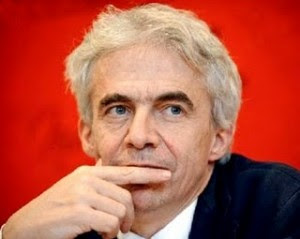 She claims that Bourdon may have had access to crucial documents that may link Prime Minister Najib Tun Razak to the controversial Scorpene submarine purchases.

“But the French court will provide public access to the investigation papers when the case goes on trial in September,” claimed Nurul at the Ops Scorpene fund raising dinner in Petaling Jaya yesterday.

The dinner, attended by nearly 500 guests, was hosted by Nurul’s aide, Fahmi Fadzil.Yesterday, Bourdon, who was tasked to investigate corruption involving the submarine purchases, was detained at KLIA at 11.40am by the immigration officials when his flight arrived from Penang. Subsequently, Bourdon was served a deportation order for violating the terms of his social visit pass and left the country at about 11pm.

Bourdon was supposed to be one of the speakers at the fund raising event yesterday. Nurul, who is also Lembah Pantai MP, thanked Bourdon for his courage in taking up the case on behalf of Suaram to investigate the mystery involving the submarine deal.

“He is a well known personality worldwide yet he was kicked out of the country dishonorably,” she said.

Fellow PKR vice president, Tian Chua reminded the guests at the dinner on how the Scorpene deal was also linked to the gruesome murder of Mongolian translator, Altantuya Shaaribu.

In his visit, Chua said, Low was told by Shaaribu that his daughter’s ashes still remain in a Malaysian court as the case, in theory, is still unsolved.

“We may feel sympathy for his family but also remember that our tax money was used to finance the Scorpene deal,” he said.

In 2006, Altantuya’s remains were found in a secluded area in Puncak Alam, Shah Alam. Police investigation found that she was shot twice before her body was blown up using C-4 explosives. She was said to be working as a translator for Perimekar Sdn Bhd, a company linked to Najib’s aide Abdul Razak Baginda, which was the company that sealed the deal on the two Scorpene submarines for Malaysia.

The multi-billion ringgit deal, which was inked in 2002 during Najib’s tenure as defense minister, was reported to have involved kickbacks worth RM500 million.