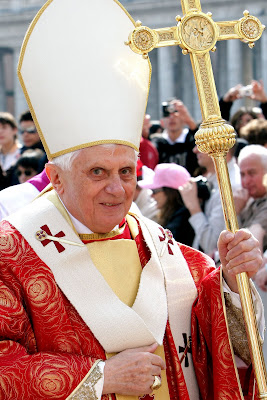 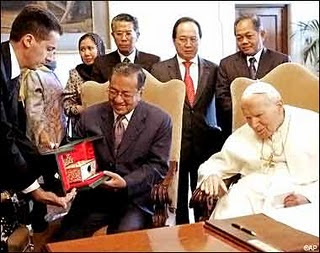 Muslims are ordered by Allah Almighty to maintain respect with “People of the Book”, meaning Christians and Jews, as it is a fundamental belief that the Torah and Injil (Old Testament and New Testament) respectively are Divinely revealed books from the Lord of Heavens for mankind’s life in this temporal state.
We unequivocally state that this is our belief system to the point that even Churches and other places of worship should be respected by Muslims, and that priests and sages should similarly be respected
This respect comes from love between mankind as brethren under one Lord, who has no compare. As all men are created equal under God, and creation stems from God, so thus must we respect every living soul as having been given the Divine breath.
Let us also make this clear, all Muslims would surrender their life and limb for the love of the Son of Mary (peace be upon him) as God Almighty has declared him our Messiah for the end of times, and like his great ancestor Adam, was immaculately conceived, with the addition of the fact that both Adam and Eve (peace be upon them both) also did not have a biological mother.

By; bigdogdotcom@gmail.com
Posted by Joshua Lopez at 11:49 AM