BERSIH To Accept His Majesty's Advice 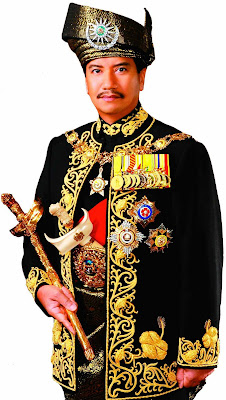 PETALING JAYA, July 4 — In an unexpected turn of events today, Bersih 2.0 pledged to abide by the Yang di-Pertuan Agong’s advice, saying it will seek an audience with him before Saturday and call off the rally if told to do so.
The group’s steering committee chairman, Datuk Ambiga Sreenevasan, who had just returned from a meeting with former Prime Minister Tun Abdullah Ahmad Badawi this morning, made the announcement at a press conference here in the afternoon and revealed that the decision was reached during an emergency meeting held last night after the King released his statement.
“Bersih 2.0 offers its deep appreciation to the Yang di-Pertuan Agong for his support on the people’s aspiration to reform the election system.
“Bersih 2.0 will abide by his majesty’s advice to hold a dialogue towards achieving a consensus on electoral reform and the development of democracy in Malaysia,” she said, reading from a statement.
Ambiga added that Bersih 2.0 will write in to the palace today to seek an audience with the King.
She declined to say if the rally was officially called off as the King had said last night that street demonstrations brought more harm than good but stressed that an official announcement would be made once a meeting was set up.
Asked if she would call off the rally on request from the constitutional monarch, Ambiga said: “Yes.”She reiterated that Bersih’s steering committee members had already agreed on its next move during last night’s meeting but wanted first to inform the King before making its decision public, out of respect to the royal institution.
Should the King refuse an audience, however, Ambiga declined to say if the rally would proceed as planned. Instead, she repeated that an announcement would be made “at that stage” and urged the media not to speculate.Ambiga, however, agreed that Bersih’s final decision would depend on the Agong’s advice. “Yes, yes, absolutely,” she said.
The former Bar Council president also thanked the King for what she described as a “timely and necessary” intervention on the ongoing debacle.“Where that is concerned, we welcome what he has done. It is a timely intervention, a necessary one, and as far as Bersih 2.0 is concerned, we are a peaceful movement,” she said.Ambiga also expressed Bersih 2.0’s appreciation of Abdullah’s decision to wade into the matter and offer his assistance to seek a solution.“He requested, through a mutual friend, to see me today to see how we can resolve the impasse. It was a timely intervention,” she said but refused to divulge further details on her meeting with the former prime minister.
Despite Bersih’s decision today to abide by the King’s advice, Ambiga continued to lambast the government for its use of the Emergency Ordinance to detain six Parti Sosialis Malaysia (PSM) members and called for their “immediate and unconditional” release.Tuanku Mizan Zainal Abidin had stepped in to defuse tension last night, advising the Najib administration and Bersih 2.0 to hold consultations over the issue of free and fair elections.The constitutional monarch rarely issues edicts or statements but the heightened atmosphere over the past week has prompted Istana Negara’s intervention.
Posted by Joshua Lopez at 5:50 PM