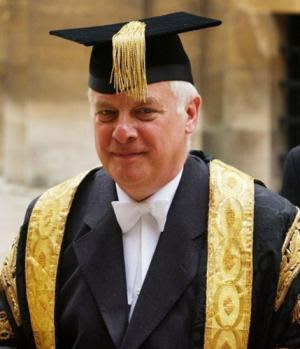 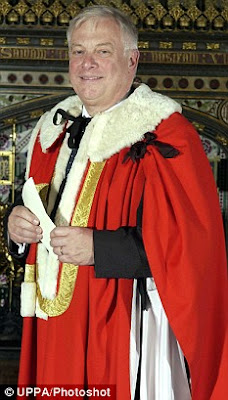 Christopher Francis Patten, Baron Patten of Barnes
http://en.wikipedia.org/wiki/Chris_Patten
Lord Patten has said his love of the BBC World Service made protecting it a "priority" - particularly the "core" Arabic, Somali and Hindi services.
The new BBC Trust chairman told the Sunday Telegraph he would fight for it as a 20% budget cut across the corporation takes effect this year.
The paper claimed he signalled in the interview that digital TV channels BBC3 or BBC4 may be axed to help secure it.
The BBC Trust denied this and said nothing had been decided.
The last Governor of Hong Kong told the paper: "If you want to know how good the BBC is, just spend time somewhere else.
'Goodwill'
"If you took anyone from any other country who comes here or listens to the World Service or looks at some of the BBC services, they think it's a fantastic organisation."
He said he planned to lobby Foreign Secretary William Hague over the government's funding of the World Service, which is due to end in 2014.
"I'm hoping that on Arabic services [we] will be able to protect that as something that is at the core of what the BBC is doing.
Continue reading the main story
We're bound to face some tough decisions in the area of sport”End Quote Lord Patten "I know what regard he [Hague] has for the World Service. I know he regards it as an important part of this country's soft power and I'm sure that with goodwill and without megaphones we'll be able to sort it out."
The BBC has to cut its spending by 20% - equivalent to 16% for the next five years in real terms - after last year's licence fee settlement.
While he admitted there would be tough choices ahead for the BBC, Lord Patten refused to talk about the merit of individual services.
"If I talk about individual services at this stage as not being a priority the assumption would be that that is a death sentence," he said.
But he said: "I think we're bound to face some tough decisions in the area of sport. It's extremely difficult for the BBC to bid for as many sports rights as it would like."
Lord Patten, a former Conservative Party chairman, confirmed he has asked for a longer term strategy for executive pay which, if existing targets are met, will have fallen by 25% by the end of this year.
He ruled out publishing individual stars' salaries, and said he would only reveal the number of employees in particular salary bands.
He also said that parents are best placed to enforce the 2100 watershed - pointing out that the dividing line should be easy to police but that it was up to parents to "get the balance right". Newspaper reports have claimed that up to 1,500 jobs could be lost in BBC News alone.
But a BBC spokeswoman said: "We are not going to get drawn into a running commentary - no decisions have been taken and therefore these claims remain speculation. "Any decisions coming out of the process would be subject to approval by the BBC Trust."
Posted by Joshua Lopez at 4:11 PM