OBL Had Planned Out Future Attacks On USA 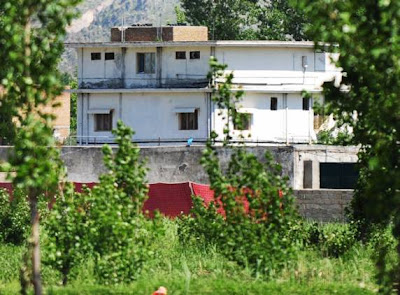 One law enforcement source said that an alert issued Thursday and tied to rail security is the first new notice that can be linked to the early Monday raid on the Abbottabad compound where the al Qaeda leader was found and killed.

More details emerge about the raid

That notice says that, in February 2010, al Qaeda members discussed a plan to derail trains in the United States by placing obstructions on tracks over bridges and valleys. The plan was to be executed later this year, coinciding with the 10th anniversary of the September 11, 2001, attacks. But no specific city or rail system was identified in the notice. "It is not surprising that we would find this kind of information in the home of the world's most wanted terrorist," said one U.S. official.

The federal department confirmed the notice went out to federal, state, local and tribal authorities, with spokesman Matt Chandler stressing that "this alleged al Qaeda plotting is based on initial reporting, which is often misleading or inaccurate and subject to change." "We have no information of any imminent terrorist threat to the U.S. rail sector, but wanted to make our partners aware of the alleged plotting; it is unclear if any further planning has been conducted since February of last year," Chandler said.

Material gathered from the same compound also suggests that al Qaeda was particularly interested in striking Washington, New York, Los Angeles and Chicago, according to the official.

U.S. authorities have found that al Qaeda appears especially interested in striking on significant dates like July 4, Christmas and the opening day of the United Nations.

Osama's wife: We lived there 5 years