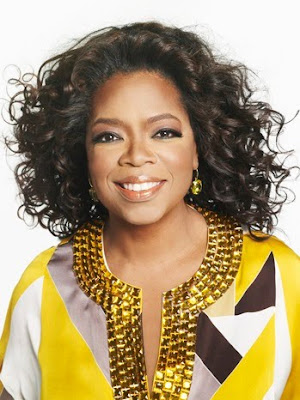 The final original episode of The Oprah Winfrey Show will air May 25, Harpo Productions announced Friday. In 2009, Winfrey announced she was ending her hit daytime talk show after 25 years to focus on the Oprah Winfrey Network.

Winfrey Tweeted Thursday that she was "hard at work planning the final shows" and that new episodes would begin Apr. 7.

She previously told THR she is leaving her last two shows up to her Harpo team, including president Sheri Salata. "

I'm allowing for Sheri and the team to plan two days of full surprises,” Winfrey told THR. “I've given up control for the last two days.

It's a lot to relinquish. I had to pray on that…. and get a guarantee from Sheri there would be no strippers or dancing people coming out of shells."
Posted by Joshua Lopez at 11:43 AM