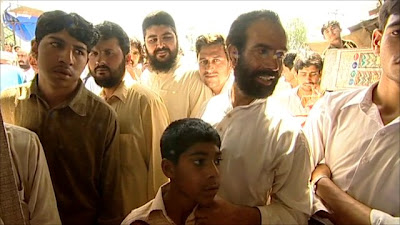 Just look at some of the faces of absolute liars! Claiming to be unaware that OBL lived in their neighbourhood!

(CNN) Residents in the Pakistani city of Abbottabad are calling on the United States to prove that Osama Bin Laden lived and died in their town.
The BBC's Mishal Husain spoke to people in Abbottabad's central market place.
Posted by Joshua Lopez at 10:25 AM