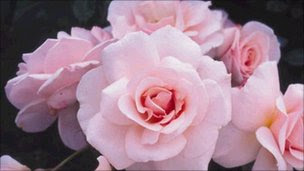 (BBC) Two roses named after Prince William and Kate Middleton have been planted in Windsor Great Park alongside other royal blossoms.

The "Catherine" and "Royal William" roses were planted in neighbouring flower beds in a royal rose garden to mark next week's wedding.

The Royal William, previously Rose of the Year in 1987, is a vibrant red. Mr Flanagan said the roses had been planted in separate beds to avoid a "kaleidoscope effect".

"We feel in design terms it's better to present one rose per bed, it's just a stronger way to actually display the roses," he said.

The Royal William is bedded close to the Queen Elizabeth rose.