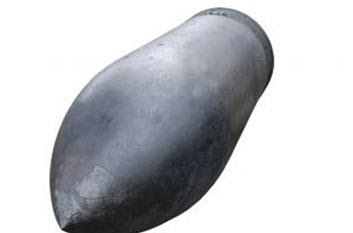 What was there to detonate in a World War II Bomb??? What was The Big Drama About???
Kuala Lumpur (The Star/ANN) - Fifty-six flights at the Kuala Lumpur International Airport (KLIA) were delayed after a bomb, believed to be from World War II, was found at the site of the KLIA II construction site. (delaying 56 flights?! What In The World For?!)
Workers at the site found the bomb on Monday night. Airport services were stopped twice -- from 11am to noon and 3pm to 3.30pm -- to ensure the bomb was safely detonated.
Transport Minister Datuk Seri Kong Cho Ha said, as a precaution, the exercise was carried out jointly between the bomb disposal squad and Malaysia Airports Bhd (MAB) security.
He said the two service interruptions were necessary as the bomb was too risky to be moved. "It was better to detonate it." (So was it Alive???)
The first detonation affected 37 flights, while the second affected 19 arrivals and departures. "The bomb was successfully detonated at 3.18pm," said Sepang Acting OCPD Deputy Supt Baharuddin Mustapha.
All services at the KLIA resumed after that.
Posted by Joshua Lopez at 11:28 AM