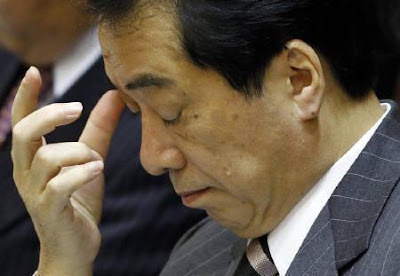 Where the death toll is rising by the hour from a catastrophe that Japan's prime minister says is the hardest situation his country has faced since World War II.

PM Naoto Kan called on the Japanese people to unite as they struggle with the aftermath of the earthquake and tsunami which wiped out whole coastal cities leaving tens of thousands of people missing, feared dead and also triggered a nuclear emergency in several of the country's reactors.

The prime minister said whether the Japanese can overcome the crisis depends on each and every one of them. As he spoke, fears were increasing about the situation at the Fukushima nuclear power plant. We'll hear more about the nuclear risks shortly and cross to our correspondent in Miyagi, the worst hit region.

"This earthquake and tsunami and also the situation concerning the nuclear power stations are perhaps the worst hardship that we've experienced after World War II. Whether we as Japanese people can overcome these hardships, that is dependent on each of us as Japanese citizens."- PM NAOTO KAN
John 3:16, "For God so loved the world, that he gave his only begotten Son, that whosoever believeth in him should not perish, but have everlasting life."
Posted by Joshua Lopez at 10:17 AM