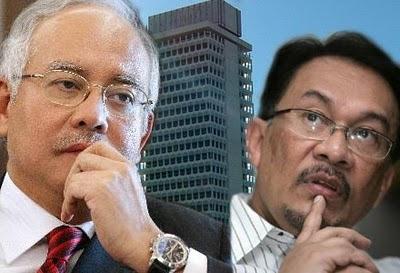 KUALA LUMPUR, March 14 — Declaring that he is not afraid to provide DNA samples for his sodomy trial, Datuk Seri Anwar Ibrahim today said he will resurrect the Altantuya Shaaribuu murder controversy and other cases in a nationwide campaign to get government leaders to do the same.

The PKR de facto leader earlier rubbished attempts to compel him to give DNA samples, pointing out that Prime Minister Datuk Seri Najib Razak should have been made to release his DNA samples during the thick of the Mongolian model’s murder trial.

“They claim I am afraid but this is just an evil political trick. This is their game and now they are trying to depend a person’s anus to defend their political power,” he told a press conference. Anwar also expressed concern with methods used by the prosecution in handling the case evidence.

He further said that Information, Communications and Culture Minister Datuk Seri Dr Rais Yatim should also have been told to provide his DNA samples when the latter was accused of having raped his maid.

Anwar was responding to protests staged yesterday by several groups, including Perkasa and Gerakan Anti-Penyelewengan Selangor (GAPS), urging him to surrender his DNA to the prosecution in the ongoing sodomy trial.

Today, PKR secretary-general Saifuddin Nasution said the party will kick-off its own “DNA” campaign next week to counter-attack the groups’demonstration. “DNA”, he said, was an abbreviation for “Datuk Najib Altantuya”.

“It will be a series of ceramah. We will have leaflets to explain what happened in this DNA case and I am referring to Datuk Najib Altantuya because DNA does not refer to Anwar’s case. “We have prepared all the relevant documents,” he said.

Anwar’s defence lawyers recently won a ruling in which all evidence retrieved from a police lock-up during his arrest in 2008 — a towel, toothbrush and mineral water bottle as well all DNA samples relating to the items — was expunged.