Victoria Beckham to pose nude for US Vogue 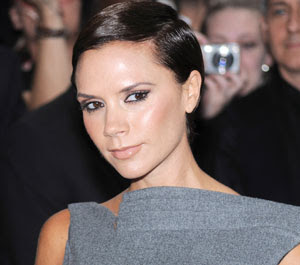 Victoria Beckham will reportedly pose nude for US Vogue.
The 36-year-old style icon recently announced she is expecting her fourth child with husband David Beckham, and is due in the summer. The happy couple already have three young boys, Brooklyn, 11, Romeo, eight, and five-year-old Cruz.
Now in a twist, Victoria is said to be engaged in secret talks to pose nude for the popular US magazine.
Sources revealed that Victoria has been in regular contact with Vogue editor-in-chief Anna Wintour about recreating the iconic pose made famous by Demi Moore in Vanity Fair in the early 90s.
"Knowing Victoria, she'll do something completely unique with it," the source told Star magazine, before adding, "It's not a very Vogue thing to do, but the team can make it work and make it ‘fashion'. Anna's apparently really keen on it. Everyone's expecting it to fly off the shelves. Victoria's a huge style icon."
Although Victoria's spokesman has denied that talks are taking place, reports insist the move would increase the former Spice Girl's profile in the US. However it won't feature David, instead Victoria will do it all by herself.
"There's a real buzz going around about it, although nothing's been officially signed yet. This Vogue idea is Vic's baby. She'd rather eat her own hair extensions than have David anywhere near it! She wants to do this on her own," the source added. © Cover Media
Posted by Joshua Lopez at 1:05 PM